So apparently these guys do not like our new state slogan…I mean it fits and I personally don’t see anything wrong with it but these guys do make a point whats the point of having a slogan if  do one associates it with you?

Where to Find Them:

A Kick Ass Commonwealth Since 1792.
Mission

To engage and inform the world by promoting Kentucky people, places, and products. And to Kick Ass for the Commonwealth.

Kentucky is an awesome state.

Kentuckians have created some of the greatest cultural influences of all time. We first sung Happy Birthday, we first fried chicken, we first slapped high fives. We invented bourbon, bluegrass music, and the motherfreaking Kentucky Derby. We birthed cool with Clooney, Depp, and Hunter S. Thompson. We nurtured beauty with Loretta Lynn, all the Judds and Diane Sawyer. We championed sport with Ali, Sea Biscuit, and Rondo.

We are the real deal. We’re Kentucky.

A Kick Ass Commonwealth Since 1792.

We are believers, promoters, and producers for the great Commonwealth of Kentucky. We are Daniel Boone, Abraham Lincoln, Muhammad Ali and George Clooney. And we are proud of our Commonwealth.

So whether you’re from Renfro Valley, Pikeville, Louisville, Lexington, Frankfort, Shelbyville, Corbin, Owensboro, Winchester, Bowling Green or any other of the hundreds of great towns or cities in Kentucky (or want to be a part of something big), come join us as we celebrate Kentucky’s awesomeness. 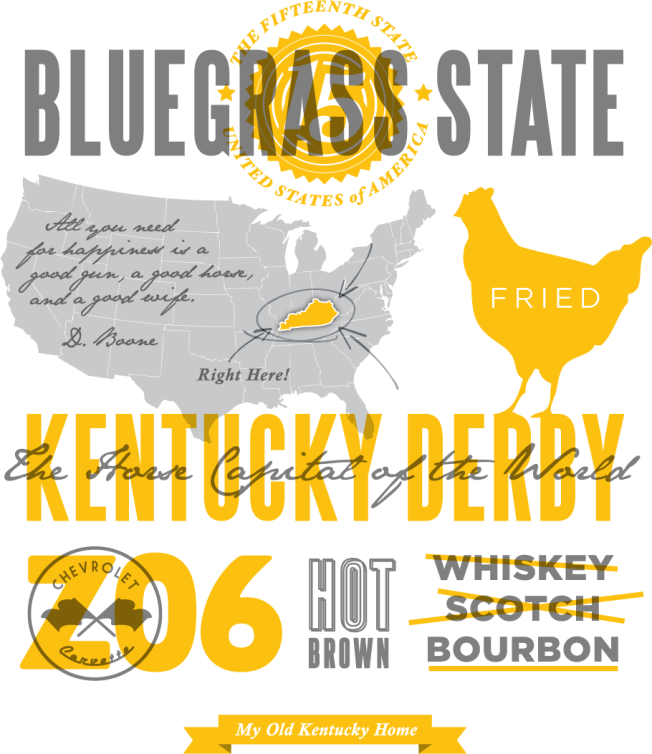 How would you describe the Commonwealth of Kentucky? Would you mention fried chicken, George Clooney, or bourbon? How about bluegrass music or Muhammad Ali, NCAA Basketball Championships or the mother-freaking Kentucky Derby?

Does the Commonwealth’s current slogan “Unbridled Spirit” best describe Kentucky? Sure, it’s clever (Unbridled Spirit = horse + bourbon), but does it make you want to visit? Would you wear it on a shirt? Will it ever be big in Japan?

Google “Unbridled Spirit”, and the first result is for horseback riding lessons in San Antonio, Texas. That’s no bueno.

So, in 2004, why did the Commonwealth use half a million of your hard-earned tax dollars to develop the “Unbridled Spirit” brand for Kentucky?

Kentucky for Kentucky has been tasked with developing a viable brand and tagline for the great Commonwealth of Kentucky. Our goals are simple: increase tourism, attract new business, foster pride, diminish stereotypes, unify the Commonwealth, and distinguish Kentucky from any other place on the planet.

Straight Crushing It for The Commonwealth since 1792.

Special thanks to Governor Steve Beshear, the Kentucky Department of Tourism, all the kick-ass Kentuckians that participated in these interviews, Ian Friley of Kong Productions, Brian and Sara Turner of Cricket Press, Jason Kaufman, the Internet, the Commonwealth of Kentucky, and George Clooney.

In case you where wondering what the state slogans are or if for some reason you don’t know your own! 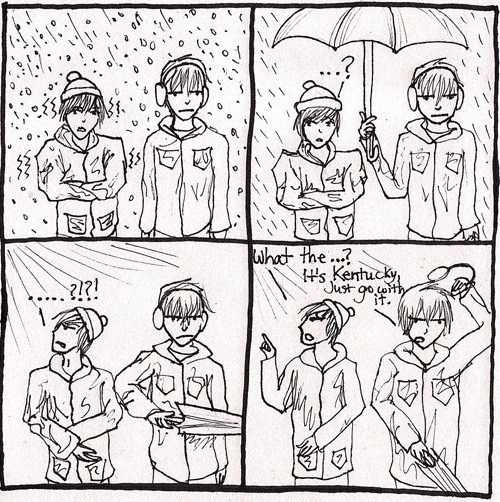